There’s not a whole lot I like about Canwest’s ownership of our papers, but I have to admit to a sneaking joy in their Canwest Canspell little ads.  They pull words from Merriam-Webster online and put them into the newspaper, as a little treat.  I find them often more applicable than my horoscope.

For instance, yesterday, my cousin and I were out for a gal’s night and talking about our kids and their expectations and how they didn’t leave home. Or rather, how mine did, and hers didn’t.  I confess I wonder a bit about this – why were mine so desperate to leave the nest? Perhaps my illusions of good parenting were…sigh…just that…Or, as I PREFER to think, I just raised them to be independent…and mouthy. And I’m sortof glad they are finding their own way, albeit with some financial help. As with donating to a charity rather than volunteering for it, it’s often easier to throw money at a problem than work with it face to face and do its laundry. I was never the kind of mom to feel sad when my kids showed independence, so this is probably why one of them isn’t speaking to me, another is off in Singapore, heading for Borneo, and the third is wandering aimlessly through the streets of Kingston, seeking work. And I’m so proud of all of them. Really I am.

Maybe I should have cooked more with cheese.

But enough of my parenting self-flagellation.

The word for today was Nidifugous, which is defined as “leaving the nest soon after hatching”. Rather ominously, the quote using it in a sentence said something about the unknown mortality of nidifugous shorebird chicks.

I have to say, I’ve always had more time for the nidifugous. The fledglings who set out early, keen to explore, ready to take responsibility for their own wings and survival. I’m not sure why – I had a fairly protective growing-up, sheltered under the wings of my parents. But I did fly north, and stayed there, far away from home. And in my marriage, I was moved hither and yon, and had to make my own way, often totally alone. (Ain’t marriage grand?) Since leaving it, I’ve taken on new challenges with alacrity – sometimes too much 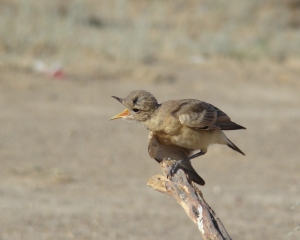 alacrity – but with pride.  I’ve never been able to understand those who nestle safely in their home nests, curling their wings about them.

Maybe some of that rubbed off on my kids. Or maybe it was the cooking.  Who knows.

All I do know is that there is a soaring joy to be had in watching my fledglings take off out of the nest, wobbly at first, facing challenges in the winds and the predators and the cold and the storms. My heart almost bursts as I watch their strengths grow, their confidence build, and even though they fly way far out of sight, I can still hear their song.