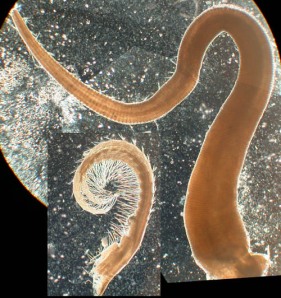 Ya gotta love CBC, our cherished and often thrashed national network.  Today I was in and out of my car, and every time I turned on CBC 1 I learned something new or funny or just plain odd.

The first stop was the Irrelevant Show.  I had just pulled into a parking spot when it started with a skit using Stephen Hawking trying desperately to understand his cell phone plan and just not getting it.  Who can, really?  They ARE confusing enough to befuddle the minds of the brightest of us, and I’m sure half of the problem is that the people telling us about them are instructed to change small details every time they run through them until we just give up and sign our lives away.

When I got back in the car, poorer but with some of my list checked off, Quirks and Quarks was on, and Bob MacDonald was interviewing someone in a very non-animated way, quite unlike him.  But as they progressed to discussing bendy straw penises on barnacles (who apparently are hermaphroditic, and when one of them decides to be female, all of the others around “her” send out their penises, which can apparently SMELL for her as they search, and which grow to different lengths each year depending on nearness of other barnacles), I realized he was being so flat because of the almost irresistible urge to laugh or make some crack or another.  I mean, who knew?  Barnacles with such a wild sex life, and, apparently, the world’s largest (proportionately) penises. It’s not all good for the penises, though.  “The problem is,” said the researcher, “even when one  finds the female, there may be lots of other penises there at the same time”.  Bummer. They can be snapped off by strong waves, or eaten by predators, which explains the need for the accordion-like structure. And they regrow every year. Can’t help but want to know more…

Just like those arsenic eating bacteria we heard about earlier this week. Although I wonder about the reason for such research. Are we looking at biological weaponry? Or simply trying a different diet? Are these bacteria friends of the ones who live in lava in undersea volcanoes? And isn’t it totally astonishing that all of these things exist?

Speaking of things that I’m grateful for – I’ve got to add the Debaters (http://www.cbc.ca/thedebaters/) to the list. Today they had the hilarious comedienne Nikki Payne on, arguing that women were not irrational, and being positively terrifying about it.

And, as I type this, I’m listening to Randy Bachman’s Vinyl Tap (http://www.cbc.ca/vinyltap/) – great music, interesting commentary, and something I sadly look forward to every Saturday night (sadly, because, were I a wilder gal, I’d be out hitting the town, instead of sipping tea and eating yogurt and being altogether too sensible.  At least I get to dance around madly.).

So, thanks, ol’ CBC. You bring the marvels of the world into our homes in digestible bits (sortof like those barnacle…never mind) and entrance us with laughter and music and information and crazy antics.

And thanks, too, for the miracles of sexy barnacles, hungry bacteria, rock and roll and even disco. It’s a rich rich world we live in. Let’s wallow in it.

1 thought on “On Barnacle penises, and the miraculous and weird world in which we live…”