It’s Christmas time and one expects to see a bunch of unusual people out at the places you regularly visit – all the people who hate shopping and are only there because they feel they have to spend some serious dollars on their family and friends or else be shunned.  Me, I’m spending on myself this year. I’ve gone a while without things, trying to cope on a small income, and I’m tired of working with broken equipment and wearing old clothes just because I am too poor to purchase new ones.

In any case, I was wandering through Best Buy today to pick up some accesssories for my new little mac Mini when who should I see, transfixed, standing beside a chubby young man trying out the new motion activated exercise programs (more power to him) but a grey-bearded older man with a serious look and a mean hand with the weaponry with whatever shooter game was up. The young lad kept bouncing around to the endless counting “5,6,7,8” – I have no idea where 1,2,3,and 4 went and it was getting pretty irritating so I suppose that explained God’s blasting at everything with huge weapons that resulted in lots of fake people parts being left lying all over the place. At one point, a Best Buy Guy came by and tried to speak to the figure, but there was no response, only more aggressive killing.

Now I’ve always enjoyed the fantasy that God takes a day off now and then and pops down to check on us, see how we’re treating each other, maybe do a little skeet shooting a la Dogma.  It does two things, this fantasy – it humanizes a big scary cloud-like thing, and it makes me behave. If you don’t know where God might be hanging out, you don’t really dare skim the waitress or yell at a clumsy grocery store stocker (oh, my life sounds SO exciting).  You figure you should be nice to everyone, JUST IN CASE.  After all, that could be the final tipping point for the decision for the slide downwards or the “deluxe apartment in the sky….” Far better to be safe than sorry.

But this God-figure killing things with so much enthusiasm on the screen was far too Old Testament for me. I prefer the kinder, gentler God of the New Testament, filled with all that loving your neighbor and stuff.  The smiting, not so much.  It sounds uncomfortable. This guy was definitely into smiting.

I couldn’t help it, and crept closer.  The guy was muttering to himself. “And that’s for Darfur…,” he muttered, blowing up a weapons repository.  Animated characters screamed in low GI Joe voices. “And Pakistan.” More shouts. “And not neutering your animals – geez, you think you’d learned nothing!  All those poor pussycats freezing in the cold…” He blammed away, pausing only briefly to glare at the young lad intermittently bouncing to the 5,6,7,8.

God was breaking into a sweat and I was a little worried that the game might become too real, if you know what I mean.  I was worried about the kid, who kept bumping into God by accident. It didn’t look like God was in a forgiving mood.

I wandered closer, thinking I could maybe pull the kid to safety if needed. Hell, I’m old.  The kid had lots of being irritating left in him.  I’m getting tired of it. Fortunately, kid’s mom came by and dragged him away, glaring at God as she did so. He didn’t notice. He was too busy blowing up a tank or something.  This time the screams were higher pitched.  I looked at the screen.  He was using a flame thrower now.  And laughing.

I’d had enough. “Merry Christmas!” I said, loudly, to the air. There was a pause in the killing, the merest pause. “Are you buying that for your kids?” I asked God, smiling brightly and a bit as if I was some deluded den mother who would be clued-out enough to think a game where you can choose “extra chunky” for body bits to be appropriate for any age child.

“No,” grunted God.  “They already have this one. They play it all the time.”

“Maybe they’d like the Sims? It’s so much fun to raise little families and send the kids off to military school and…” 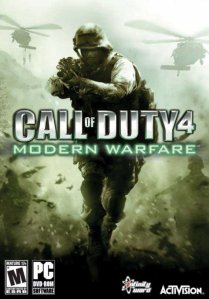 ly put the game controller in its holder. “They play that one, too,” he sighed. “But they seem to like this one better. The other day I was online and I couldn’t believe how many adults were playing.  Doesn’t anyone work any more?”

He looked at me. “What did you say before?”

“Humph.” God turned and headed off, but I could swear there was a tiny smile under his beard. Nah. He was still in smiting mode and I was just damn glad I had parked in front of a different store.  I wouldn’t want to be in the way when he backed out.