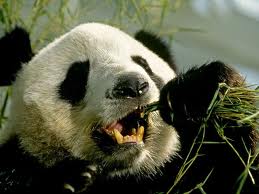 Wow. You’ve got to admire the Chinese. They give you a gift that is even more expensive to keep than Royal Swans, and you DON’T DARE refuse it!

See, here’s the thing. If your government goes over and smarms effectively with the Chinese, conveniently ignoring their human rights record, smiling at the fact that they have already been found to be invading your government in an undercover way, discounting the fact that they are flooding the markets with heaps and heaps of low quality junk that breaks and fills our landfills while secreting lead into our children’s skin and killing off their own population involved in manufacture – well, you get the picture – if you do that effectively enough, the Chinese grant you the great privilege of looking after two of their Pandas.

Never mind that the Panda is the animal most deserving of extinction. Let’s see – it eats bamboo, a low nutrition plant – and it needs miles of it to support its bulk. It mates rarely, probably because the male pandas have very very small penises and are too hung up about that to use them on a female, who probably thinks, “What was that?” and lumbers off in search of more bamboo, which at least grows tall and rigid. Panda couples rarely speak to each other and seem so uninterested in mating they’ve had to resort to showing them Panda porn to remind them how to do it. Then, if the stars mystically align, they produce one or two little bears and wander off to forget about mating for another twenty years or so.

They are coloured to be visible to predators. Here in Canada they’d be toast in a matter of days.

I’d prefer to re-create the Dodo. The cost would be about the same.

Because the Chinese just LOAN their pets. For a rent of a million a year, each. For a required ten years. Egad. And that doesn’t include the cost of the special enclosure, or the shipment of tons of bamboo, probably refreshingly sent from China at a marked up rate. Should the pair do the completely unlikely thing and mate and have baby bears, the rate goes up. And then we send the babies back after three years so the Chinese can conveniently “donate” them to another country.

And the country can’t refuse the bears because it is viewed as a great honour to receive them. To turn down such a generous “gift” would be like recalling an ambassador. What a ruse!

cute, but maybe if we painted them black and white and covered them with fur? It infuriates me that we are thinking of spending this kind of money on these useless animals when the government is cutting back on services in all sorts of areas. But then, we weren’t given a choice, were we?

Hmm, maybe we could offer to send our Senators (hockey team or government) to China for the same deal. 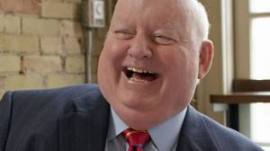