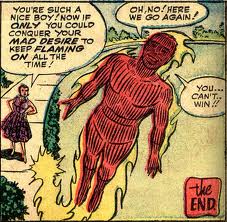 Suppose you met someone, and they hurt you, and they vanished and you breathed a sigh of relief. And then they turned up again. Cheerily. Unaware of the damage you sustained in their presence. Wanting to damage again.

What would you do?

Would you seek vengeance?

Would you ignore the opportunity to create personal ruin?

Would you go to the gym and punch something til your hands bled to release the anger?

Would you let it go and avoid the confrontation?

It’s at times like this that I truly wish life was really like the TV show “Ally McBeal”. On this program, when the characters were angry, flames would shoot out of their mouths or a great wind would arise and blow the target of their anger all about.

Me, I’d like to wield thunderbolts. Not always, and I’d probably feel guilty afterwards, but my golly it would be great to have an occasional thunderbolt in my back pocket for some people.

Of course, the thought occurs to me that if I had thunderbolts, probably a few other people might have them, too, and I might well become a thunderbolt recipient. So it’s probably just as well we all remain thunderbolt-less.

So what to do with anger, rage, fear, animosity? I don’t have these emotions often. Over the years, I have muted my responsiveness to provocation – most things don’t feel worth fighting over.

But recently I was badly hurt by someone, and thought he was gone, and now he’s back, breathing wolflike along the edges of my existence. I can ignore him and hope he goes away.

But the temptation to wreak retribution is large. I can feel it tingling along my spine, sending electric charges into my arms, readying me for combat.

Forgiveness is wiser, but the circle is incomplete without apology. So instead I visualize ridiculous scenes of physical attack on this person (who is much bigger than I) followed by demanding an apology.

It’s unwise to try without those thunderbolts. (Interestingly, when I went looking for images of women wielding lightning bolts for this blog, there were hardly any to be found. Why IS that, I wonder?)

So, my fiction-writing self steps in, and says to me, in a soothing voice – never mind, darling, we’ll just use him in a story. We’ll inflict virtual harm. It’ll be almost as good. And you can hurt him again and again until you have wounded him out of your system.

Smiling, I pick up my pen, all better now. 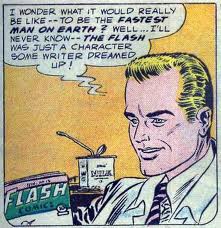