Well, it might be hard to get one here. In Djibouti, next on our list of countries that people might conceivably be from in the data base, it’s dry. Really dry. 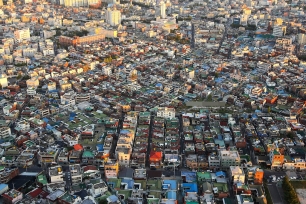 It should be the cover photo for Friedman’s “Hot, Flat and Crowded”. Talk about your strategic location, location, location, though. It’s smallish formerly French country on the horn of Africa. With a lovely harbour for shipping and piracy. And the saltiest lake on earth, Lake Assal. Well, except for Don Juan Pond, a tiny spot in Antarctica, named after the helicopter pilots that found it and yet, only one of them is named Don. Neither are named Juan. Hmm. I suspect self-aggrandizement. Those helicopter pilots are all the same.

They struggled to independence despite the French, who vote-rigged to extremes around 1958 and threw out all sorts of Somalis who wanted to join with Somalia. Instead they remained French for a while longer.

Djibouti now seems to be surviving independently despite poverty and totally desertified land, and have prioritized education with a view to the future. Kuwait is helping them out.

The French Foreign Legion has an office there, should you romantically wish to join the Legion. You can probably even wear rags tied across your face to keep out the sand.

Impressively, they had an election in 2005 where there was only one candidate (who won!) and an amazing 78.9% turnout.

Given that we can’t dig up more than 30% in our wonderful democracy here where we have many candidates, I wonder about this. Are they all just really really happy with the current leadership? Or did they learn something from the French? In any case, it looks good on paper.

Unlike their financial state (bad), unemployment (60%) or their maternal and child mortality, all of which are shouting “Danger, Will Robinson!”

But they pretty well all can read, they speak nine languages throughout the country, and in the interest of equality, they circumcise around 95% of both men and women. Isn’t that nice?