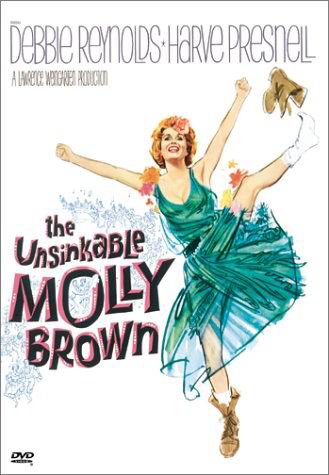 I’m thinking of you today. I’m not sure why this bright winter day brings you to mind, but maybe it’s a confluence of two things I’ve read. The first was “Dear Fatty”, by Dawn French – her memoir, written as a series of letters to people she knows and loves. We never shared Dawn – she came on the scene here a little bit after you left. I know you’d have loved her, her crazy humour – that is, if you could get past her being so round and the occasional shocking bit.  I can hear your voice saying something like, “She’d be so pretty if she weren’t so heavy,” much as you said to me on more than one occasion that I needed to lose weight but, I “could still move well.” And I had “such lovely skin.” I think you’d have loved her parish council in The Vicar of Dibley, given your work with the church and probably a very similar council.

I don’t think you’d have liked French and Saunders – I think something about their drinking and fooling around would have left you profoundly uncomfortable, as you seemed to be with Monty Python. Do you remember when Life of Brian came out and there was all this fuss about the sacrilege? You came down on the “not to be seen” side, as I recall, but I saw it anyways and it remains one of my favourite movies.

Thank you for being that someone I could test myself against, push my ideas against, form myself against. We didn’t think alike in most ways, and now that I am about your age when you discovered your cancer, I realize that I missed getting to really know you. We spent so much time butting heads, politely, always politely, but I missed getting to know the fun you you shared with my cousins and your friends.

You had mothering goals with me and I suppose I am the same with my kids, trying to be accepting and encouraging and laugh endlessly with them but always having that motherhood light attached, blinking concern at the wrong moment, putting my foot wrong. I used to think I was such a good mom. Funny how that changes as you grow older, how you see the gaps where you could have done better, where you missed that bit, where that little bit of mothering knitting dropped a stitch, purled when it should have knitted. I wonder if you ever felt that.

You always seemed supremely confident. But maybe you, like me, sang “Whistle a Happy Tune” as you stepped into new situations, faking confidence, you with such élan. I wish I knew. Maybe if I thought you’d had doubts I would have felt closer to you, as I fought my way to adulthood. As it is, I felt all weakness was an embarrassment to you. God knows how you would have taken my bouts of depression. Mental illness, to you, was a sign of weakness. And scary as hell. Because of this we barely saw my father’s family with their admitted mental health problems – though to tell the truth I often thought your family could have done with a little counselling now and again.

But maybe, maybe, it was so scary to you because you knew it, fought against it, dreaded the contagion that comes when a depressed person gets pulled into another depressed person’s circle. I know that feeling. I hide, too.

The other thing that brings you to mind is a short story, “The Woman who Sold Communion” by Kate Braverman (McSweeney’s early fall, 2004). In this, a woman is denied tenure and falls apart, heads down to meet up with her mother, a woman she ran away from, a woman who lives like a hippie out in the desert. She goes there because she knows she is safe there, even though she and her mum don’t seem to have much in common.

Once, when my marriage was falling apart, in the early days when I was expecting my youngest, I called you. I had had enough, I said. I couldn’t bear being with such an angry man. Your response was: “Come home.” I was shocked. You were, above all, a staunch Catholic. Leaving a marriage was a big thing.

I sometimes wish I had trusted you and perhaps taken that step. Instead I thought you were looking for company, and resisted. But the fact that you said what you did to me made it safe for me to continue on, to stick it out for another 15 years, some good, some bad. Because you gave me permission not to, and a safe place to go.