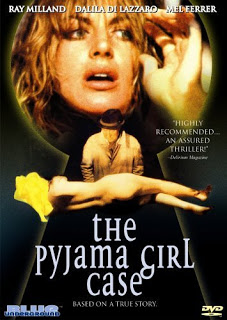 It was one of those hyper-acute dreams, the ones that stay with you when you wake, the ones that play over in your head as you try to retrieve their inner details.

I love these dreams. I like trying to figure out what my brain was up to to create them, what they might mean, if one believes in those things. I try to be sensible and realize they are simply random sparkings of neurons, meaningless except in a “isn’t it a wonder what the brain can do” kind of way.

But then I remember my dad’s dream.

My dad was fine, healthy, happy, if a bit “well-nourished” as he joked about seeing in his medical record. His mother had recently passed away, and he was of course grieving her, but she was older and had been ill for some time. It hadn’t been a surprise, though he of course missed her deeply.

So, when he saw her in a dream, walking towards him, he was delighted. He called out, he raced toward her. She reached for him. As they got close, his sweet mother’s beautiful British face turned into that of a terrible hag, her hands into claws, her body into a skeleton. She grabbed for his neck, clawing at him as he pushed back in horror.

A few weeks later, he noticed huge lumps in his throat. He’d had them for awhile but now

they were too big to ignore. He was diagnosed with stage IV non-Hodgkins lymphoma and given a death sentence. They treated him aggressively and he lived another ten years, but he nearly died a few times and his spine collapsed, and when the cancer returned there was nothing left the docs could do.

Before he passed away, he had a long period of bedrest and I was lucky enough to hang out with him and chat. I made it very clear that he was ON NO ACCOUNT to come and visit me with any such dire warnings, that I would prefer to go unknowing into my life challenges, thanks very much. I told my mum, too, but she doesn’t take orders well. I’m not convinced she wouldn’t figure out a workaround.

All in all, this makes me a bit freaked out about last night’s dream where Father Don, a priest AND my mother’s brother, walked my bleeding self around to see all the relatives. I was in pyjamas, and I wasn’t in pain, but all of my clothes were bloodstained, like I was having a period from years gone by. I saw figures of all of my extended family – my dear Uncle John and Aunt Colleen, Aunt Eileen (standing with her arms just so), Aunt Dorothy Ann (smiling, sad), other, less recognizable figures. I knew they were relations who were no longer alive. They all smiled at me, gently welcoming. No parents with claws, thank heavens, and it wasn’t scary, but…

Dashing to the online dream encyclopedia, I found ridiculous interpretations. Menstruation dreams can be either the relieving of stress, or the unburdening of self or in Islamic interpretations – (pah!) great evil. Priests likewise have a variety of meanings, depending on whether the interpreter liked priests. Blood? Relatives? Pyjamas? Ther

e is no help to be found there.
So I walk about today, vaguely unsettled, wondering…

And thinking, ah well, at least they were silk pyjamas.

(Doesn’t help that this is  All Soul’s Day, something I just thought of THIS INSTANT. Eeeks!)