I’m not a royal fan, though I give the Queen all sorts of credit for serving her office with

grace and charm throughout some tumultuous years. I’ve always been suspicious of inherited positions and wealth – it’s so cynical of me because of course, I inherited privilege as well – a healthy upbringing, sort of, good food, education, support. I suspect people feel the same way about me as I do about the royals.

This wedding, of Harry and Meghan, well, it won me over. It was THEIR wedding in so many ways, less pomp and more love. Lots of PDA. Hand holding! Who’d ever thunk it?

Weddings are funny things, anyway. You and some other person you think you love stand before all your mother’s friends and tell each other that you will stay with them forever, and then you go back and lead your own lives, sometimes stuck together or not. What, me bitter? Naw.

My ex and I dined out on the disastrous story that was our wedding day for years. It was horrible from stem to stern and at the time I was so proud that I held it all together. I’ve always been proud of holding it all together. It’s a thing.

I held it together that day when my father was taken out in an ambulance just before the wedding photographer arrived. I held it together when I knew he was in horrible pain, and yet my mother wanted to ensure the whole party went on. I held it together when my ex looked at me in horror at the altar (to be fair, he thought my dad had died). I didn’t complain when I started vomiting wildly on the wedding night, thanks to the impact of erythromycin, a dental infection, and champagne on my stomach, even though my ex never awoke as I shivered and retched. I didn’t fall apart when we went to the hospital to see my father the next day, and he struggled to keep back the tears.

I didn’t comment when my brother’s poor girlfriend had a mental breakdown because of the rudeness of one member of our family, I didn’t even offer my sympathy (I was overseas, but that’s no excuse – I probably felt in my mind that she was showing weakness.) And I didn’t even lose it when I realized I’d worked six months to pay for my mother’s friends to have a party. Or when my sister’s wedding got so much more support. (The family was accustomed to weddings by that point, less of a shock, and she is much better at stating her wants than I. Though she had her sorrows too – dad was long gone by then)

I’m good at holding things together, at least until lately. So why did I burst into tears at seeing Harry weep? At seeing their hands tightly clasped?

Ah, regrets, I’ve had a few. What possessed me to marry a man so afraid of PDA (public

displays of affection) that I went without a kiss for 23 years, except in “certain situations”? I was raised in a home scarce in physical affection, and I hungered for it like an abandoned puppy. By the time my marriage ended, I was looking at men thirstily on the street, wondering, if I asked them politely, if they’d kiss me, just once. I went to my dentist just to feel his hands on my face. I 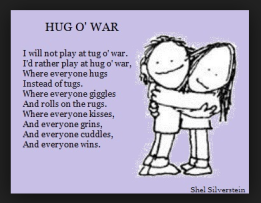 remember my doctor touching my shoulder once, briefly, when I got my diagnosis of MS. I feel every touch every man has given me. God knows there have been few enough of them. I fell in love at the first man who was kind to me, who gentled me. Sadly, he was the only fellow I’ve met in all the years since I left my ex that was trustworthy with me. And he was lying to someone else.

It just about killed me, those years of affection desert. It’s taken me years to admit that I am a touch junkie (thus the needle felting in soft fuzzy wool, the craving for milk chocolate.) It’s taken me longer to understand that love requires regular feeding and care, regular laughter, regular kisses, regular touches, regular attention.

Just before the end of my marriage, I used to insert nonsense words into what I was saying just to test if he was actually hearing me. He wasn’t until he learned the phrase I was saying. We laughed over it. I was good at holding things together.

It’s taken me even longer to understand that holding things together isn’t necessarily a good thing.

So, this royal wedding made me think of my ex, now remarried to a lovely lass who is much better at speaking up. I wonder if he’s happy (ier).

I know I am lonely. Not for him. But for a kindred spirit, a companion with hugs. And perhaps a little coziness. I wonder what it would feel like to be with someone who wasn’t afraid to hold my hand and weep a little with me at the beauty of love, even if all sorts of people are watching. I’m tired of holding myself together. Sometimes I need a hug to pull in all my bits.

One thought on “On Royal Weddings, PDA, and the Preservation of Love”