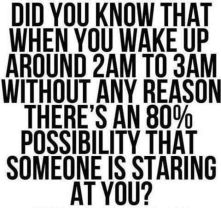 It’s a gentle quiet night here. I pull off my various appliances of old age and creeping infirmity and toddle off for my “woke up so may as well pee because you know you will need to in a minute anyway”. My CPAP machine continues to hiss and disturbs the cat (who has taken this opportunity to slink into the warm spot I’ve left behind). My mouthguard, worn to keep me from clenching my jaw in MS muscle spasms, makes me slurp as I toddle. My sexiness is beyond compare.

Mission accomplished, I return to bed, wobbling the cat, and he nestles in to do his vaguely disturbing kneading and suckling at my shoulder (as Janeane Garofalo says, in

The Truth About Cats and Dogs, ‘you can love your pets, you just can’t LOVE your pets’). He purrs and it all seems quite cozy until I have to move him repeatedly away from the tenderer areas on my chest. I understand the confusion, as my front reminds even me of that of an old Moggie who remains stretched after giving birth. Eventually, he settles to sleep and I am left to do the same.

Except, of course, I can’t. In the very quiet, my brain reviews every conversation I’ve had in the past week, with every person, and I chuckle or wince through them – it’s like

personal performance appraisal but my appraiser is forgetful and mean and cannot find any tasks at which I excelled and instead resorts to feedback from gossips. The sadistic ones who always talk about you, not to you, complain about how you bring smelly food to work and how you raised your voice when you were calling for something,.

I brush my legs against each other in agitation as I review my this’s and that’s and conclude that if I want to get ahead in life, I really must shave my legs more regularly. I think about my last package of OREO cookies (double stuff) and how of COURSE it was that and the otherwise interesting dietary habits that have tipped me into diabetes. I pause to blame myself a bit. 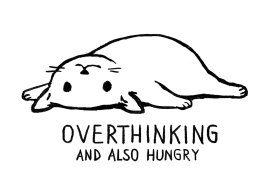 I’ve read two sentences about diabetes that for some reason stuck in my head. One was: “Do you want that piece of chocolate cake, or would you like to be able to actually see your grandchild?” (Perfect for my catastrophizing performance appraiser who immediately says, ” Well, I know it’s not necessarily about any potential grandchildren – but would you like to read? Hmmm?”) – and the other, more recent, referred to Type 2 Diabetes as a “DIY” disease. My inner PA tells me that of course, I knew this but I just had to be lazy and eat sugar and foolishly not listen to myself. Or a pantheon of medical authorities. I whine to my appraiser that I have made many many clothing donations to the Canadian Diabetes Association, but she won’t listen. “Were those clothes that NO LONGER FIT YOU?” she asks, staring at my abdomen meaningfully.

But that’s not all my exacting PA has to discuss. I also have to get a good thrashing about finances, friendships, the way I dress, my laxity in cleaning out the cat’s litter box, the stories I am working on that lie incomplete, my pile of unfinished projects, unread books, my not worn out sneakers. And the fact that I am in bed with a cat, not a more interesting companion, to whom I could turn for a more appropriate kneading and licking. But I digress.

I employ my usual technique of turning on the CBC to shut the PA up. THAT isn’t working out so well lately, either. The news! My PA informs me that any thinking person should be rioting in the streets and why aren’t I and if I was a good human at least I’d be praying or dancing to fix everything…or maybe writing perfect and hostile letters to the press (ah, but then I worry about the demise of newspapers and the conglomeration of media – to be told by the PA that that would, of course, make my protests simpler – one letter for so many different organizations..).

Back to the CBC radio, which overnight plays news and stories from around the world. When I flick it on, a thoughtful British voice is telling the interviewer that loss of a sense of smell is often an early sign of  Alzheimer’s disease. I whip off the aforesaid mask and try to smell something, anything. I feel like Otto in “A Fish Called Wanda”, smelling my armpits to encourage myself. Ah – I relax. I was making soup yesterday and I COULD, in fact, tell the various green herby things apart. Phew. One kind of mind rot is quite enough.

The story ends, having left another task in my mind – “Must test sense of smell”. Because, of course, that would change anything. I’m sure I am just nose-blind because of that litter box. Which I really should bleach out again…

The next interviewee talks in an almost indecipherable swinging tone about how we are treating cancer wrong, about how whacking it with the same chemo is essentially encouraging it to evolve and get stronger and eventually win. If that is indeed what she is saying. 3AM brain sets a mental reminder to think about this when I eventually get cancer, though I have hopes that I still have other options. One of my docs told me that I was at risk of a cardiac event in ten years. That was ten years ago. My assessor reminds me that a sensible person would have refreshed her will and personal directives before going to the gym.

And then the political news begins – Brexit (ugh), the Liberal scandal about politicizing things that shouldn’t be (double ugh, especially the creepy Conservatives rubbing their little hands with glee), the awful orange thing below the border (why can’t HE have a cardiac event?), yet another man abusing women or children (argh)….I shut the radio off.  With extreme prejudice.

“Well,” says my assessor. “I suppose we can at least say you haven’t done anything wrong in that realm. Lately.” She peers down her nose at me. It’s bloody hard to get her to give me that “A with an N for neatness” that my father used to joke about. At least I think it was a joke. I no longer expect an A. All I can be really certain of is that I am still searching for that N.

“About that,” my assessor starts… 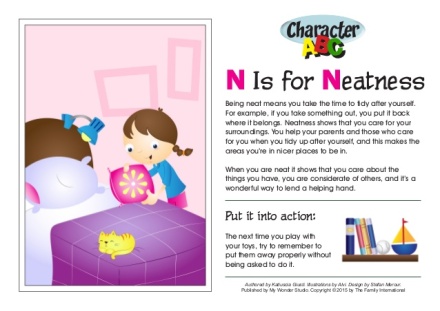