I’ve always had a wobbly relationship with my birth faith. On the one hand, the rites and songs are familiar, the age of the Roman Catholic Church is reassuring, the feeling that it is one of the old true guys seems to fit me. And of course, there’s Mary, the ‘ever-virgin’. I’m not sure about that particular story, but there’s a part of me that knows I’ve had untold blessings and have felt the presence of something more than a few times in my life. And often that feels like Mary. 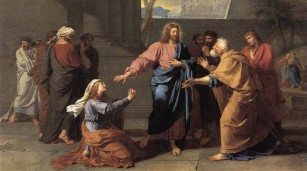 in many churches, organizations, and well, everywhere).

Firstly, that they would prefer I don’t take communion, as I’m divorced. And have lived in sin.

Second, they wouldn’t want me as I have been sterilized – after my mere three children who killed my pancreas, my thyroid, and my nervous tissue, each in their turn, I didn’t think my body could stand any more. So snip snip and I am off to the sinful races…

Third, and this is the most important, they would not accept my son. Unlike Groucho Marx, I would like to join a club that would have me as its member. And I will not go where my children are not welcome. Or any LGBTQ++. The Church says it’s okay to be any of these things (except maybe trans) as long as you never ever act on it. If only pedophilia had the same strictures.

But, despite all this I’ve felt something lacking. And, I’m in the middle of editing my forthcoming book,

‘Recycled Virgin‘, which is, as one might suspect, about the BVM (Blessed Virgin Mary). So I took the plunge and signed up for two courses on Catholicism at the local theological college. The Atlantic School of Theology is an ecumenical place, but to find two courses available on Catholicism was a surprise. It seems to be more in the United/Anglican camp.

I’m in class with several true believers, parents of seven children and up, deacons and nuns, and one Islamic fellow. I don’t get the impression anyone is searching for answers – they seem more to be looking for confirmation of what they believe. The course content of “Catholic Apologetics” is not what I foolishly thought, about things the church got wrong – nope it’s about how to persuade people it’s right. My ignorance is of course, inexcusable, but I kinda thought a course labelled “addressing the big questions” might DISCUSS them.  As vs. discuss why silly people don’t just follow the church and agree.

And my Mariology course seemed fixated on virginity and birthing without contact.  In this I see a disgust at women and their dirty sordid bodies, which I am finding objectionable. Particularly as a. it was written about by men, and b. um…men. I suppose their farts are pure gold…

Science rears its head (as it were) – didn’t they use to think the entire human was encapsulated in sperm? Ergo things like “spilling seed” or abortion were actually killing people? But of course we know better now, which raises awkward questions about Jesus’ genetic code. XY? XX? X? Was Mary XXY?

And how the heck do you give birth without tearing the hymen? And what about that statement that a midwife checked Mary after birth and found her virgin? Given the hymen is really like a scrunchy, not like a seal, how would you tell? Click on hymen above and listen to the TED talk…fascinating.

The mind boggles. But then, one of the prof’s points is that our focus on science is leading us away from truth. Silly fellow – I’ve never felt closer to God than when studying the Kreb’s cycle, or dissecting a fetal pig and seeing it’s wee brain. Or learning about hormones, or octopuses, or those bacteria who live by undersea volcanoes.  Or mitochondria!

The world and the science we are learning about it just seems to heighten my appreciation for the organizer, whether there is one or we’ve simply been unutterably lucky.

Like the main character in my book, Marian, I feel a bit out of place, a tiny bit uncomfortable. Part of this is my ignorance about the faith in which I grew up. There’s so much I didn’t know…and so much more to learn.

I need to find a fellow traveller, as Marian does in my book. She and her fellow student are asking questions, too. Will they figure out their role in the mysteries? Or will they find the information they find makes them feel hollow?

Look for “Recycled Virgin”, appearing, barring excommunication legalities, the beginning of 2020. Meanwhile, I will continue to dance… 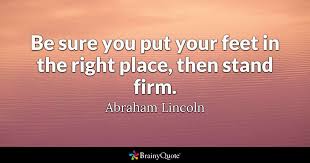