Way back before Apple took over automobiles, I had a Ford Focus that linked to my phone in the old primitive way. The sport version car was a spiffy two door, surprisingly cool, with exciting computery things on the dash, heated seats, the works. I would dress up and try to gather approving glances as I drove around. (I know, but it was new. I’d only had non-cool cars before this.) (RIP Myxomatosis VWRabbit)

Never mind that the effect of my sexy arrival was somewhat lost when Nova Scotian winds would pull its giant door open and fling me into the parking lot like a stone from a slingshot. 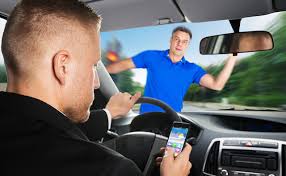 I was SO excited that I was able to call people on my phone, in my car, HANDS FREE.  Because, as a former Public Health Nurse©, I knew all about the risks of distracted driving. In fact, I’d been responsible for media campaigns about it. Plus, I’d raised a son who managed to demonstrate these risks, fairly frequently, in various cars. Not mentioning any names, but HE KNOWS WHO HE IS.

So I cheerfully linked up my car and tried to call a friend to let them know that I was (yet again) going to be a bit late. I know, I know, it’s impossibly rude, but MS ADD means I am lucky to remember to meet people at all. His name was Paul. Well, it still is Paul, but I no longer try to phone him by voice.

Because, of course, saying ‘call Paul’ to a vaguely stunned system is a recipe for complete and utter disaster.

I got through all the starting steps after to and fro-ing multiple times and narrowly missing two teenagers in a crosswalk, slipping through an intersection on, shall we say, an advanced yellow, and frightening an older human in a mobility scooter into the next existence.

Still, most of us survived.

The next step was to try to persuade it to call Paul. Those of you who read out loud while scanning this will realize the problem. Call sounds like Paul, Paul sounds a bit like phone (to my English as a not-quite-grasped language car, anyway)… so round and round we went until I was yelling at my car like a crazed lunatic and weaving all over the road

Suddenly, there was a raccoon standing on the road in front of me, holding a placard telling me to smarten up. Because some of the medications I have to take for my MS have intriguing effects, I didn’t bother to question this, just decided that getting the car to understand me was going to get all of us killed–me, the raccoon, random pedestrians, and probably Paul. Also the car, but this point was moot as I was calling down enough curses on it that I knew it likely had only a few days to live. (Truth be told, I traded it in not that much later for a base model Honda Fit, with no backseat speakers and absolutely no desire to engage me in any form of conversation.

I am completely befuddled as to why I thought getting an Alexa Dot would be any different. “It’ll be fun,” I thought. “I can get it to read me my audiobooks and turn on the radio and set alarms and such. It doesn’t require me to operate a moving vehicle. It can even play ‘Calm my cat‘ music. WHAT COULD POSSIBLY GO WRONG?”

I wasn’t even stepping to the higher skills of turning on lights or coffee makers or anything. It still defeated me. Things I quickly learned:

I haven’t given up. For some reason, I keep trying to persuade her to do things. The other day she cheerfully glowed at me about a new ‘skill’ she thought I might like to try

(Have I mentioned how creepy it is to come into your home to find her glowing a malevolent green-yellow? Terrifying. I suspect she is reporting my yelling to the AUTHORITIES, who will come and force me to listen to MUSAK forever…)

Sure, I thought, that could be a good way to start the day. Better than listening to the news, anyway. So I enabled it and tossed it (virtually) into my morning routine.

Next morning, she bounces into my consciousness with a “Would you like to try bed yoga? Say yes or no.”

She asks, “Would you like to try bed yoga? Say yes or no.”

We finally come to an understanding that yes, I would like to try it. She reads me an entire list of instructions and releases from any responsibility for injuries sustained.

Then the app begins, with a lengthy description of the position to try. “This yoga pose has four hundred steps. You will lie flat, with your palms up. Raise your left knee up and then turn and put your right knee down on the mattress on your left side. Stretch your arms to the side (etc., etc.)…Ready?”

I get myself twisted into a stretch…

“I’m sorry, I’m having trouble accessing that skill. Would you like to listen to 95.7?”