Woke up with this song running through my head.

I know why. Maybe it’s my immersion in all things religious and Mary as I finalize my book, or maybe its the thought-provoking classes with Dr. David Deane at the Atlantic School of Theology, but my moral indignation radar is seeming twitchy lately.

Not really a moral radar but came up when I was looking for an image and I LOVE the title. Must look closer…

(PS: I would cheerfully follow poor David around all day just to listen to his wisdom but he’d probably put the cops onto me)(proper thing)

(PPS:  I have to say, though, watching Dr. D. put together a coherent, caring response to people who ask him to explain Noah’s flood is a total delight. Go listen to him speak, if you can.)

I am perfectly aware my morality is a woefully flexible thing, perfectly able to balance loving support for the mentally ill on one hand with the sincere desire to wish harm on orange persons on the other. And, as I’ve mentioned, I am well acquainted with the seven deadlies. In fact, the first year after my marriage ended, I vowed to try each of them out. Research for writing, of course.

They are called deadly sins for good reason. All of them act in some way to decrease our joy in life, in the wonderful place we live, in each other. They squash gratitude. For me, they caused diabetes… 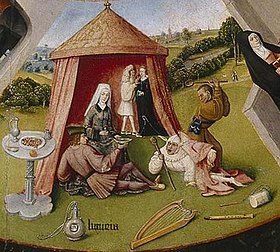 Which brings me to lust. I used to like a bit of lust. Gently dusted over my breakfast cereal, as it were. I’ve known that thrill of want–for me it is imprinted on my mind as the dilation of a man’s pupils, that zooming, unthinking rush of response. (ergo my complete inability to fight off men with blue eyes). Many thanks to the fellow who showed me that trick. It still makes me smile.

But the ineffable Dr. D., Aquinas and most especially, Aristotle had something in what they said about how lust causes us to treat one another as objects to be used.

Which is why blue eyes aren’t enough for me anymore…sigh. (Though still a temptation…)

And why I can feel my spine readying for a snakelike strike when people talk blithely about insinuating themselves into a marriage because they have a crush on one of the partners. How insanely selfish of them.

I’m not perfect, have made so many mistakes, but I have tried to not knowingly insert myself in such a way. I’ve been lied to in this regard, and I’m still scraping my self-esteem up in a dustpan from that. Mea culpa…mea maxima culpa… 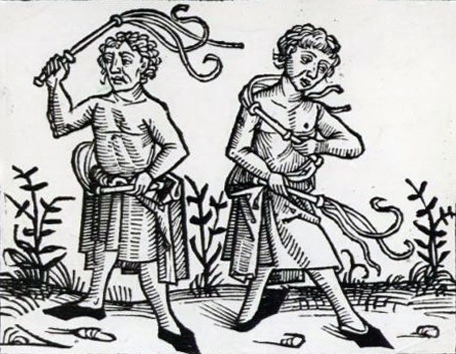 But to knowingly, willingly, try to extract someone from a marriage for your own purposes? To shred a relationship or more simply because you desire? It speaks to a level of self-centredness I find repellent.

And heaven knows, I can do self-centredness with the best. It’s my one carefully honed skill.

It’s also why dating sites should really be more like Eharmony, who, if you list yourself as being ‘separated’, tells you to go back and work on your marriage. A bit rigid, but perhaps a bit of screening would be helpful. Most dating sites simply assume that if you’ve recently bought a new toothbrush, everything, everybody  is fair game. Makes seeking adult accompaniment a gruelling, embittering and despair-inducing experiment.

Which is why I like hanging out with my cat. Though, despite being a neutered male, he insists on humping anything fluffy. Some things never change.

Such a good description of dating…