I’m done. I can’t feel it anymore this year.

I think it was Boris Johnson being elected. Or maybe it was the sad sorry spectacle of people risking their selfish careers to try to impeach a loathsome orange toad, only to run up against so MUCH BLOODY SELF-INTEREST that it practically oozes out of those Republican pores.

I’m tired. I’m tired of trying to work towards a kinder world. I’m tired of people who divide populations up into sections and decide this part is OK, but this other part is definitely NOT.

I’m tired of knowing the world is falling to ruin as we greedy folks drown the poorer ones and consume and consume, and throw away and throw away. And decent people fight things like clear-cutting, or the use of polluting coal, or pulp mills that kill entire watersheds, only to have our political leaders simply ignore us and go on awarding ruinous contracts and preventing beneficial ones.

So we vow to vote the bums out, but that’s all up for grabs these days, too, since there is virtually no journalism left–and even if we bring in a new crop of folks, we know it’s probably only a matter of time until greed makes them sell out, too.

I would pop myself full of milk chocolate (my choice for treating existential despair), but hey, I’ve done that enough that I’m now diabetic, and I am overwhelmed with guilt about my potential expenses to the health care system as I personally degrade. 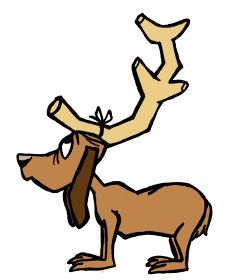 Christmas and I am also tired of working like Max the dog to create some form of celebration. I used to drag the rest of the family to church, but that was a battle, and I soon realized that no one else really wanted to be there. They are all entitled to their beliefs, but it can be a bit lonely believing in the magic (wo)man in the sky all by yourself. When I am on my own, though, I can go to church without a battle, I can sing my heart out, I can wallow in memories.

In amongst everything is my creeping feeling that leaving my ex has ruined my kids’ Christmas forever – all of our traditions were ripped in twain, things became awkward, my ex became Jewish…and I ran to the coast to avoid intruding on my ex’s new family composition.

So when I tried to set up a Christmas tree this year (it’s artificial, because apartment, and my kids refer to it as “the tree of utter despair”. They’re not wrong.), every ornament reminded me of the things I’d lost, and I had to give it up.

The dog ornament reminds me of Pickles, the wonder dog, long gone now. Dogs are lovely, but I can’t have one because walking is a challenge for me, often, and apartments that are dog friendly are scarce. I have my beloved cat, Bendicks, but he simply will NOT go out on explores with me

The teapot ornament with a now very stale tea bag and a little poem about “thinking of you and me” reminded me of my dear friend Paula, who lost her battle with pulmonary hypertension this year.

Little lopsided handmade ornaments remind me of my ex and I’s first Christmas together, of the kids and I doing crafts, of crafty friends and exotic places. I have a little farm house that reminds me of the year we spent in Kansas, a pewter ornament from when we lived in Annapolis Royal. I have various odd ornaments from fun times with my cousin in Merrickville, land of perpetual Santa shops. Birds, fish, mice, dancing reindeer…three sheep that go Baaaah, humbug…from various adventures over the year.

I have a Santa and a Mrs. Santa that my mother gave me forever ago that I daren’t get rid of because I have so few things around now that call her to mind.

And then there’s the star. My dad made us a matching star to the one that lived on the top of our home Christmas tree for my entire life. It’s made of a waste brass sheet, and part of the Christmas protocol is to polish it. He wrote good wishes for my ex and I on the inside of the one he made for us. He gave it to us in 1984. He was gone by Christmas 1985.

So, the season is a bit… chewy, as it were. Wrestling the Christmas Spirit is always a job, and this year, in this time of evil dark self-centredness, I can’t do it. I’m much more in the mood to throw rocks into the sea. Big ones.

Still there are some joys ahead – laughs with my friends, the crisp winter air, the sight of lights twinkling from every home. My middle son, when he understood I was longing for a fireplace, took a moment and created one for me, just the right size. It makes me smile. Just LOOK at it.

Son is a Fimo genius

There are plans of travels and visits and silly things ahead, just not right now. I am so looking forward to it all!

And there’s always the welcome at my rarely-attended church, where the minister controls his urge to say things like, “Who are youuuuuuu?” and is cheery and positive. Makes me almost believe in that magic spirit.

Maybe I’ll go polish that star after all. These old racist sexist white male politicians can only last so long.

Tips and Resources for Plant Lovers