There’s a phrase rumbling around the inter webs lately, something like, “When you are accustomed to privilege, equality feels like oppression.” I’ve seen it here and there and it resonates with me, with the ENDLESS whining of white men about how hard done they are by having to compete with women for jobs (tho still women suffer with lower pay and less advancement), the growling by Trump-ettes about how they want THEIR country back, yadda yadda. (From another all white almost all male show).

But it’s the Olympic coverage that is really driving me insane. I can just barely stand the men chirping about how gosh gee isn’t it cute how all the medals are being won (by Canada) by the WOMEN! The surprise in the voices if the male commentators is annoying but given that our Canadian women are rocking the stats, I can afford to be calm. Last night I just about spat, though. Here are the women, doing their swimming to pretty muted colour commentary, doing the VERY SAME races as the men did right afterwards, and the male commentators went all orgasmic 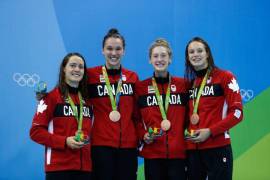 over the men’s 200 meter freestyle – “This is the epic race of the Olympics in swimming” – as if the only important race was this one, and the women’s exactly same race meant nothing.

The same is true for the track and field competitions. All focus is on the men, the women compete as a sideline. At least, when listening to the commentary. 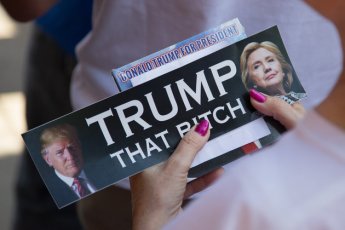 What with the blatant misogyny of the current political atmosphere in the US, and the endless revelations that gee golly, yeah, women have been attacked in taxis here in Halifax but you don’t actually expect us to spend time on such things (say the Halifax police, a group with an abysmal record of solving violent crimes against women from what I hear), I’m getting pretty fed up.

I’m so tired of men thinking they should have nice things just because they have an extra dangly appendage (which looks frankly ridiculous when just hanging about, truly) (though I do enjoy some of its conformations, I admit). I’m tired of the blather and the need to prop up fragile male egos while we women thrash along in our own personal situations and just bloody make do, thank you very much.

I’m tired of the assumption of sex when many are happy to share if asked nicely. When it’s expected, it ruins it, y’know? Grabby grabby never gets. Well, except in Halifax, apparently, where it is an added bonus of a taxi ride with one or two men (No need to slur all taxi drivers with the same charge).

I’m tired of every time a woman makes a name for herself she is either ignored or derided. Called a bitch, hated, or in Trump’s and other’s cases, put on the firing line (in all senses of the word). Or stoned or raped, or otherwise destroyed. It’s got to stop. And while you may not equate bad coverage in the Olympics with stoning a woman in Saudi Arabia because her brother raped her, hell! It’s all of a piece!

I’m sick of all womanly achievements being made less than a male equivalent, despite the additional work she has necessarily done to achieve them.

Argh. And yet, I do love men. Or I did, though I am finding them a little tiresome lately. (Except for you know who you are – you I adore).

Just stop the endless whining, will ya? And give some props to that other gender, one of many yes I know and I’m all for trans rights and gay rights and all that, but hell, I’d like to see the women get some props first. After all, we’re over half the population.

It’s enough to make me swear like a sailor.