The other day, a good friend asked me, when I was babbling on, yet again, about my challenges with writing, “Who are you are you doing this for?”

His implication was that I surely couldn’t be doing it for myself, given the amount of struggles I was having with it and the (sigh) ultimate nothing to show for it. I told him it was for myself, which it is, but I also want validation. I am too professionally oriented to write purely for self-discovery. I want someone to say, “Well done, thou good and faithful servant.” or something. Or maybe have someone write to me and tell me my writing had touched them in some way, clarified some point of reality, made them laugh, made them cry – made them react.

You see, I’ve had a taste of that – some of my writings are published and I love love love being paid for the stuff that I can conjure up out of my head. There’s something wonderful about being paid for your creative mind’s twists and turns. Not that nursing didn’t give me that. Well, okay, it didn’t, until I got into public health nursing, a lot of which is pure marketing.

So then the question arises, why is it so difficult for me at the moment? Why can’t I grab my imaginary world and wrestle scenes out of it to my command? 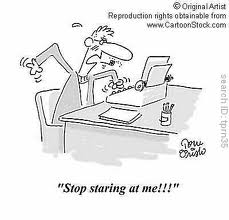 I sense part of it is the absence of quiet, of solitude, of just breathing for a few days in a row. There’s too much noise in my life at present. But I also feel empty, and in need of refilling my creative well. It’s a challenge to do both.

Any ideas about how to get refilled and restarted again?

For me, I think I shall throw myself into non-fiction for a bit. It uses my creative but practical mind, which seems to be still operative. Maybe it will give my fiction editor a chance to go back to sleep again. Grrr.

Just in time for the end of the World Cup and the endless droning of men (and women, but I suspect more men) on loud plastic horns, we have the start of our natural loudmouths – the cicadas. Actually, calling them loudmouths isn’t really right – they have specially  created membranes (at least the guy cicadas do) that allow them to make that horrendous buzzing noise.

And loud it is. According to Wikipedia

, source of all knowledge good and fine, they can be as loud as 120 dB, which is as loud as that rock concert your kids want to go to and only a mere 20 dB below a jet airliner.  It seems needlessly loud. I know, I know, they are trying to get dates.  But what really annoys me is that the male cicadas are just like those annoying motorcyclists with the damaged mufflers who blast along the road making macho noises to attract females.

Both cicadas and motorcyclists can dampen down their own hearing – the cyclists with earplugs – so they don’t deafen themselves – just everyone else around them. Nice.

Honestly, it takes all my strength not to pull the earplugs out of one of those noisy driver’s ears and scream into them. Fear of retaliation is my only excuse. I’m afraid they’ll drop their motorcycle on me. Ouch.

If I could sneak up on a cicada, I probably would blow an air raid siren at it. I know, 13 years of living as a nymph, having absolutely no sex and grubbing about underground might make me want to scream it to the rooftops, too, but hey, boys, could you lighten it up a bit?  Or at least take turns, like Cicada Idol or something? The constant choral competition is wearing, especially when the temperatures climb to 40 and the humidity to 100%. Breathing steaming hot water does not a tolerant DA make.

Unlike me, though, cicadas like the heat, singing loudest when it is warm – they can even sweat, some of them, an unusual talent for an insect.

And they live absolutely everywhere.  Everywhere.  There are hundreds of types of them. They’ll probably outlive us all in 13 year segments, big ugly things that they are. And while we all perish in the eternal summer of global warming, they’ll be there to blow their personal vuvuzelas until we can’t take it no’ mo’.

I can’t bear it.  And it’s not even the end of summer. They’re early.

I didn’t hate them when I was younger.  I used to sit out in a sling chair in my backyard and listen to their accompaniment of my reading of the burning of Atlanta in Gone With the Wind. I knew when they sang it was going to be fall soon, the start of cooler weather, the start of school, which, nerd that I am, I looked forward to after the formless days of summer. I’d be tired of cleaning my room, of trying not to fight with my sister, of runs to the grocery store with my mother, of deadly swimming lessons where horrible girls would make fun of me. The buzzing made me sleepy, lazy, wishing for watermelon. When I was older, the buzzing meant I got to quit my nasty summer jobs, like green bean picking, or nurse’s aiding, or whatever soul-destroying endeavour I was eking an existence out of.

This year, I don’t know whether it was the prodromal vuvuzela blowing that used up my tolerance, or the heat of this past week that has me whimpering for more effective air conditioning, but I’m just fed up.  Add the buzzing to the dog downstairs “bark…bark…bark….bark…bark…” interspersed with the child, “daddy?….daddy?….daddy?….daddy?….daddy?” andI have a ghastly chorus of unpleasant noise.

And lets not get into the motorcyclists, who have earned a spot in a murderous short story I’m writing.

Peace, tranquility.  The other night I was out walking and I heard it.  Silence, blessed silence. Even the cicadas were sleeping. Then the light changed and the motors started up again.

Maybe I need to borrow some earplugs.